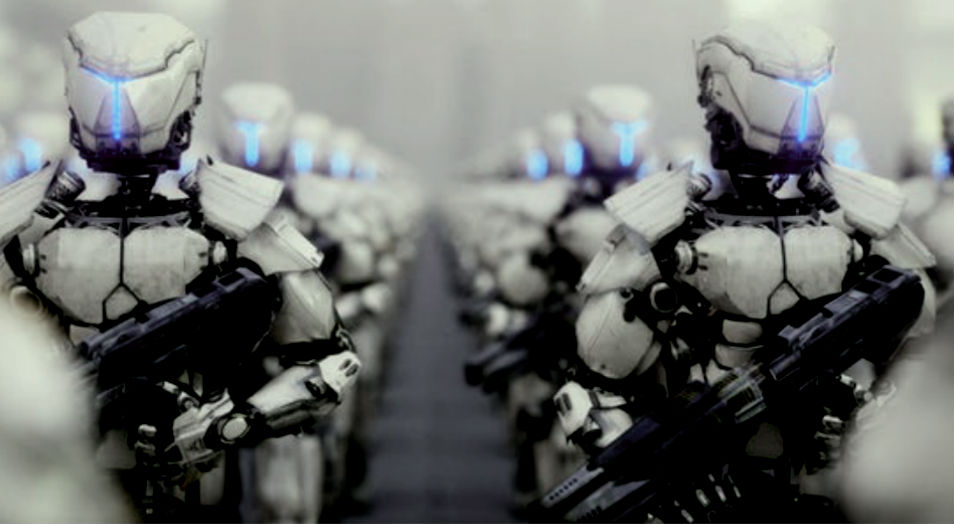 "Zat is how it starts... drones 'delivering' your knick-knacks from Amazon. The next thing you know the world has been burned to the ground by androids..." theorizes EIN ZWEI DREI founding member ZWEI547262. "I'm not surprised when I read about countries building their own robot armies."

​ But with their 2019 release, "Fully Operational", EIN ZWEI DREI aim to ease humanity into accepting the inevitavble. "It is coming," says ZWEI, "und either ve can make our reality like Will Smith in 'I, Robot' but nicer, or like Ahhnold in ze Terminator, where Skynet turns all life into schnitzel".

So, the only way to survive the impending 'robopocalypse' is to become a part of the robot army? Well, judging from songs like  "Demi-Human", "Synchromesh" and "Frontal Robotomy", the answer, according to the band, is yes.

Well, I for one welcome our robot masters. Having an quasi-androidic (is that a word and if not shouldn't it be?) body would get rid of that dull throb in my knees whenever there's a cold spell. And don't get me started on my back....