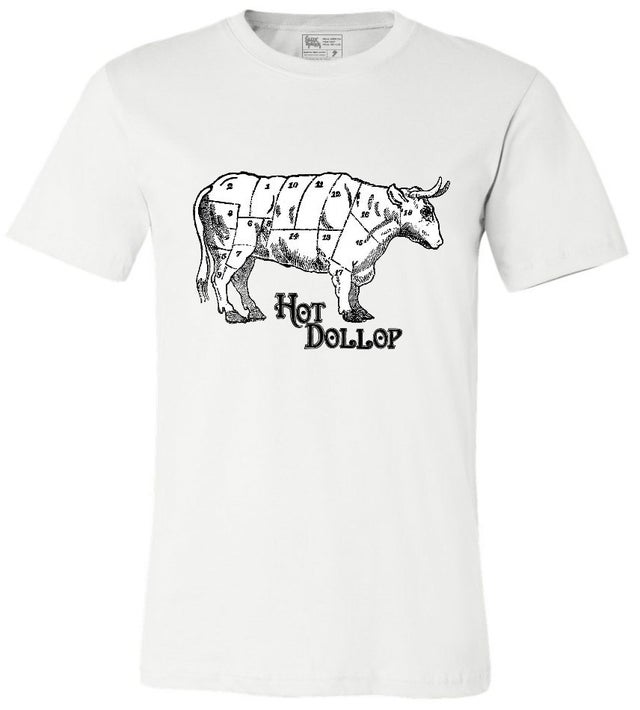 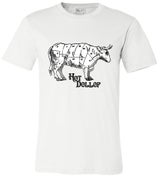 A bloated, over budget tour, a band on the verge of implosion... it all happened for Hot Dollop while on the road promoting their 1984 "Tasty Brisket" release. "The album wasn't gettin' the greatest of reviews either," recalls drummer Jimmy John Shackleford. "Everythang that year was Michael Jackson, or Duran Duran... we didn't fit in no more. Heck, even ZZ Top had synthesizers in thar songs - turrible, I tell ya."

Jimmy John continues: "When we went out on tour, we blew our budget on a giant pair of BBQ tongs that would pick up Billy Beau (Richardson - frontman/guitarist) and lift him over the crowd while he solos. First show, the tongs lock up with him inside n' almost crush poor ol' Billy Beau to death! Our stage manager had to shoot em' down with a huntin' rifle we had backstage an Billy Beau got out just in time to play the solo of his life - I mean, it was like Jesus himself was playin' the geetar."

"We ditched the tongs fer good by the next show and word dun spread about 'the solo'. The rest of the tour was sold out, n' we had ourselves a hit album. We never looked the same way at BBQ tongs again."