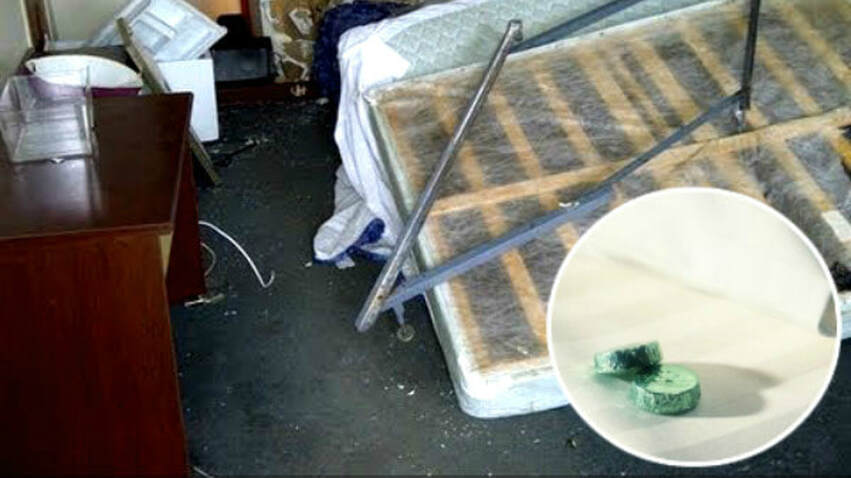 Whatever you say about the all-conquering metal band Brainhammer, you can't say that they're not detail-oriented. Upon returning from a show yesterday evening in Zurich, frontman Bjørn Svendsen's Viking blood rose to the boiling point when he discovered that the mints on his hotel bed were Milka brand and not Lindt.

The on-duty manager apologized to Bjørn and explained that the chain had a contract with Milka, but that wasn't enough for Brainhammer's lead singer, who then stormed off brandishing a battle axe (authorities are still stymied to where he got the weapon). Hours later his suite was found in a state of quasi-destruction. Hotel staff have compared the damage to the Battle Of Morgarten.

Brainhammer nor their management could be reached for comment, but hotel representatives have reported that payments covering repairs to the suite as well as a year's worth of Lindt mint chocolates have been received from the band. Sounds like a certain Norse rock icon would like to stay there again...